To launch our new topic 'The Victorians', the children attended a fantastic Victorian Day held at Beaumanor Hall in Woodhouse Eaves.

We began the day with a history talk about the house. We learnt that the house was  built in 1848 by William Herrick, a very wealthy barrister.  However, before the house was completed, Mr Herrick ran out of money and needed financial support from his Uncle, James Perry to complete the house. James Perry agreed and offered William the money on the proviso that he took his surname 'Perry'.  William did not want to lose his own name, so they agreed for him to be known as 'William Perry Herrick'.

William originally lived in the house with his younger sister, Mary-Ann, and later with his wife Sophia, who was 37 years younger, but unfortunately they never had any children of their own. In 1915, after they had both died the house was inherited by distant members of the Herrick family but later fell into disrepair.

In 1936, the house was requisitioned by the War Office and it was used as a secret Listening Station, where encrypted enemy signals were intercepted and decoded. 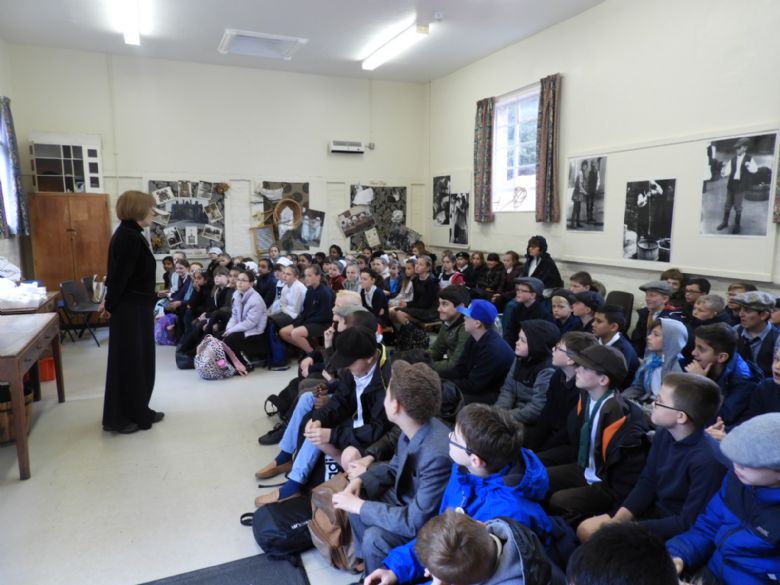 During the day, the children took part in three different activities: a treasure hunt, which toured the grounds and house; a trip to the cellars, to find out about life working as a servant below stairs; and a lesson in the schoolroom, where life was very different to our school day.