Can you match the extract with the book.  Is it a book you have read and did you enjoy it?  Does the extract make you want to read the book? 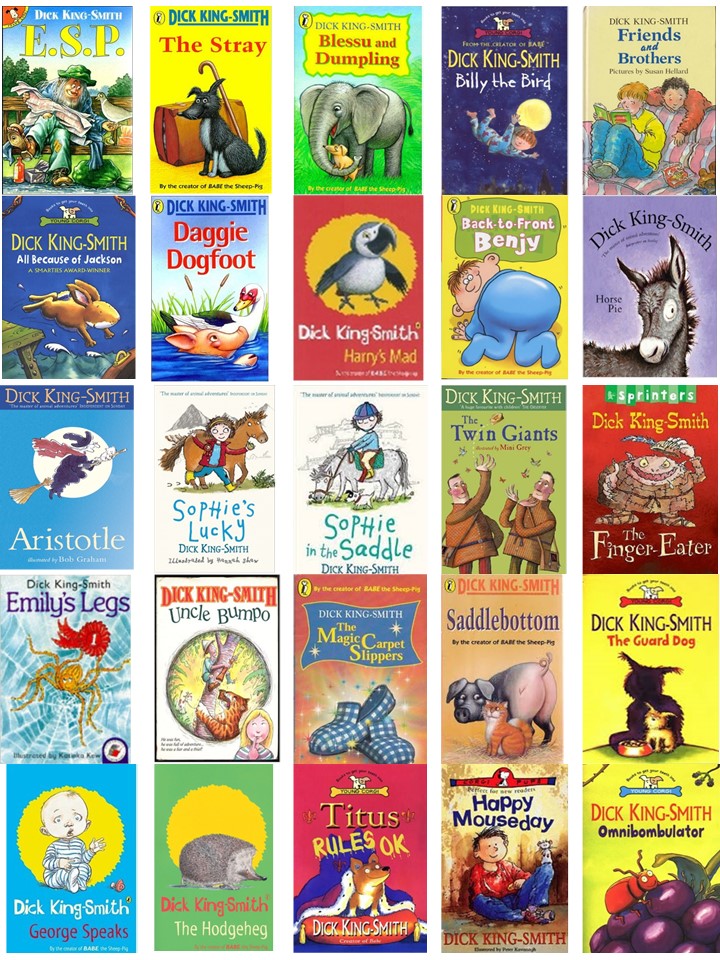 Olivia H: Henny sat with her stick and her suitcase beside her - the compartment was mostly empty - and watched the countryside flashing past at a tremendous speed, and thought of all the people at the Home, slumped in their chairs watching telly and arguing about which channel they should have on.

Ahmed E: But when the three of them reached the bathroom, the door was open and there was Grumble kneeling by the bath.

Romeo B: Now she had somehow managed to produce this funny son, Frank, who was acting in such a very odd fashion.

Ram O: Long long ago, in the cold lands of the North, there lived a most unusual troll.

Jessica A: However, the spirit of the late great Rupert must have decided otherwise, only Janie came by chance upon something she’d never set eyes on before.

Molly P: Sitting up on his bottom as he had learned, he reached a forepaw through the wire mesh and turned the button vertically.

Lilly L: She rubbed the disc clear of dust and there, scratched on the face, was the name RUPERT and, underneath, their telephone number.

William W: It was lying just above the high-tide mark, a squarish package shaped object, the colour brown.

Kai B: He saw a little old lady wearing an overcoat that had seen better days and a woodlen hat like a tea cosy on top of her short grey hair.

Ross F: “Kindest thing i could do for you,” cried Farmer Buzzard, “would be to knock you on the head.”

Jacob G: His feet were neatly together on the edge of the top step, his hands rammed deep into his trouser pockets, his eyes wide, as though to photograph in his mind the other thirteen steps stretching away below him.

Scarlett L: “Down,” said the farmer, and he lay down, tail gently wagging, a big grin on his wrinkly, pushed in face.

Isabel M-S: But suddenly they all saw that, though Emily was scratching her head with her two front legs, she was still standing on eight others. Emily had ten legs!

Martha D: So, despite Sophie’s protests, Tomboy had been taken to the vet and spayed.

Finlay C: That night, as he lay beside her in the stable, he said thoughtfully, “I don’t look much like you, Mum, do I?”

Leevi L: In an armchair, in the great high ceilinged drawing room, sat a woman surrounded by dogs.

Avni G: The huge seas that it had whipped up smashed against the foot of the cliffs, and the tigerish tempest ran up the face of them and grabbed a small white house on the cliff top in it’s jaws.

Isabella E: It was a rushing, tearing, swishing noise - just the sound a rocket makes on Guy Fawkes Night, yet much much louder.

Daisy D: Gradually, everyone grew used to this strange new state of affairs - that their black cat now only turned up every four days.

Bronwyn H: The house quivered and shook in the teeth of the wind, and Kirsty, waking in sudden fright, was sure that the roof must go.

Lara N: These were the animals that would one day in future belong to Sophie, for she was, she said, going to be a lady farmer when she grew up; and neither Sophie’s mother and father, nor her seven year old twin brothers, Matthew and Mark, doubted for one moment that she would.

Ellis G; Only certain animals are intelligent enough to be taught things by humans, and I’m afraid guinea pigs are not among them.

Rosalie H: He looked up into the sky and saw what a glorious morning it was, with a sun as golden as his gosling .

Paige P: Whenever he spied someone walking alone on the hills, he would come up, smiling broadly, and hold out a hand, and say politely, “How do you do?”

Freya A: Here, in the depths of the armchair lay her cat, nursing her four kittens, one tabby, one tortoise shell, one black with a white bib and white feet and one exactly like its mother, whose coat Sophie now stroked.

Megan B: She knew what he looked like, of course - there were lots of photos of him: on his own, or with Mum or Dad, and one she especially liked of herself as a toddler sitting on the lawn with Rupert standing beside her.

Libby N: When Aristotle was a kitten, he did not know that cats have nine lives.

Luca P: All up and down, in both the even and the odd-numbered houses in Simple Street, mice were being born.

Mikey W: If I’m going to be a proper duck, he told himself, I’ve got to be able to do that, and so  he had been practising.

KP: They brought him the fattest, slimiest slugs they could find, and encouraged him to play their favourite game, Hide-and-Seek.