The spacecrafts made earlier in the term really stimulated the children’s imaginations. They were keen to discuss their ship’s unique features. We decided to capitalise on this enthusiasm and asked the children to take their classmates on a ‘guided tour’ of the craft – exterior and interior.

We practised giving guided tours in and around school. The children were encouraged to vary their sentence openers. In class we have been working on prepositions – the words which describe the position of something.

The children tried to anticipate what questions people on a tour might have and answer them before they were asked!  ‘If you need…’  ‘Since…’   ‘Instead of…’  ‘Usually…’  ‘Occasionally…’ etc.  Conjunctions such as when, while, whilst, where, who, whose, which, because, until, since, although etc. proved useful here.

Examples are shown  below.

Lower Key Stage Two classes who have been learning about healthy eating were set the task of creating a food plate which illustrated a balanced diet.

Below are just a few examples of the great work Class Seven produced. 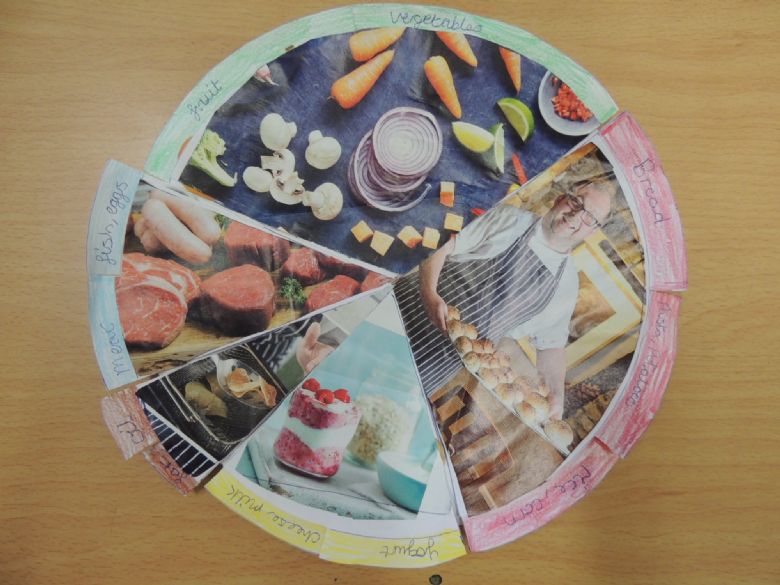 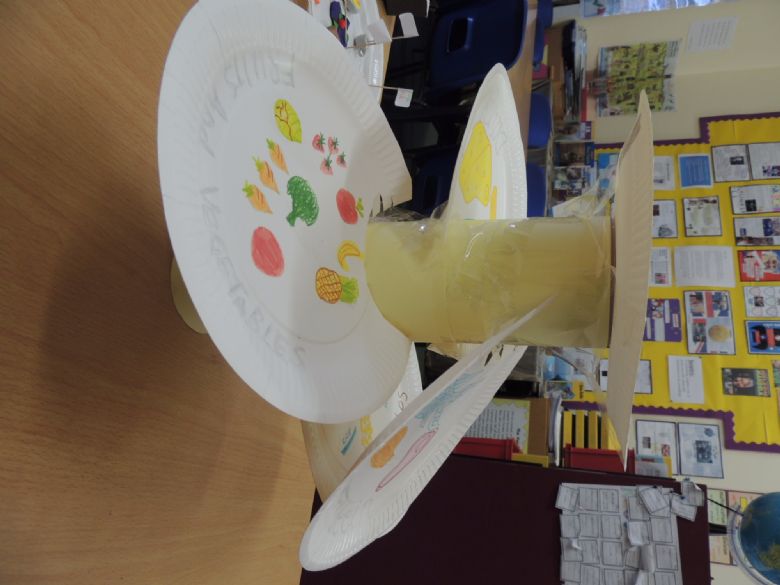 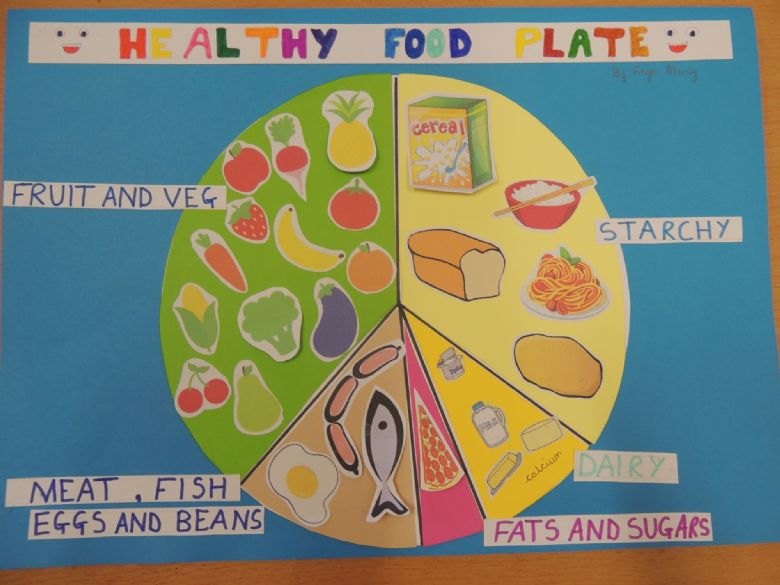 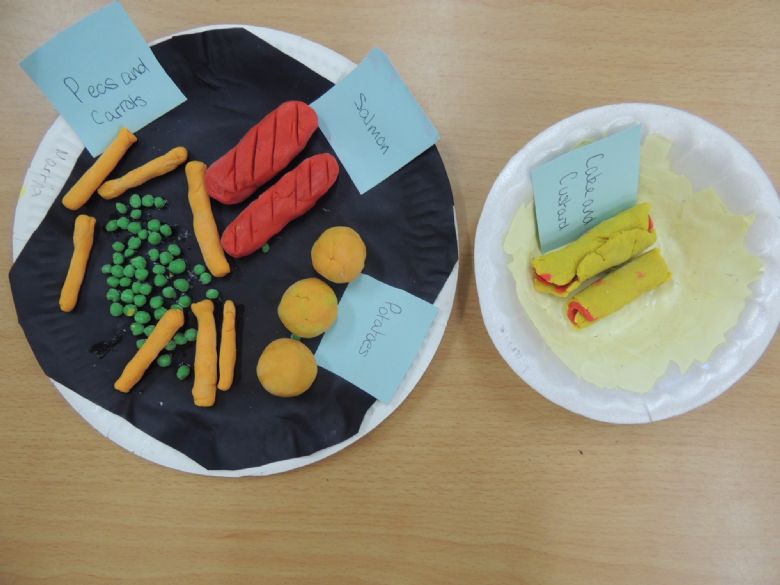 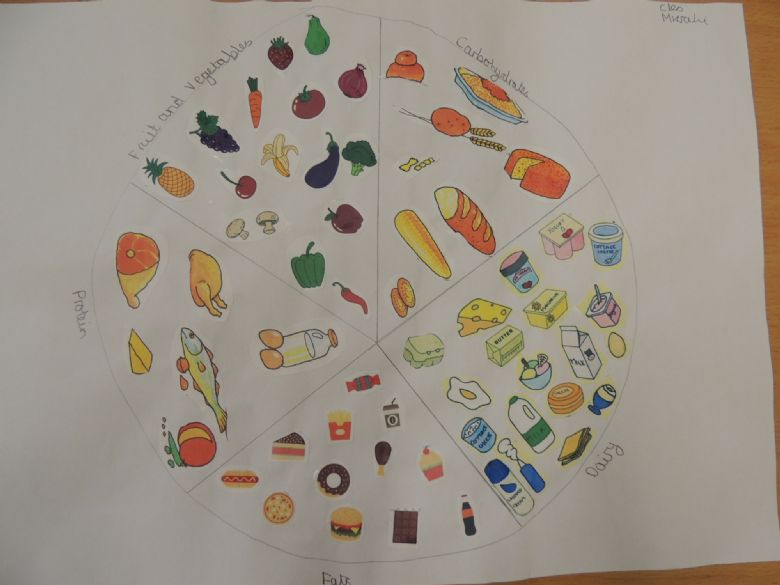 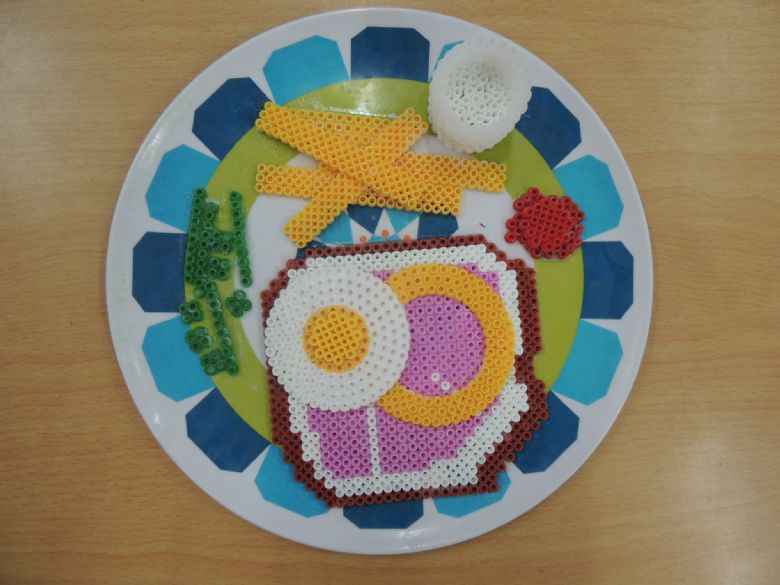