After the success of last year's Reverse Advent Calendar project, we launched another this year. The World Explorers together with Miss Holmes, Mrs Allenby, Mrs Lakin and Mrs O'Connell launched the 'Reverse Advent Calendar' project to the school at the end of November. From the 3rd December donations of food, toiletries, nappies, toys and books once again came flooding in to school and were handed over to Ron Crunley from the PACE charity on Wednesday 19th December. All donations were sorted into parcels and distributed to families in need across Loughborough. Well done Stonebow and thank you for your continued support!

Whilst running this project, there was a class competition to see which class could collect the most donations. Congratulations to joint winners, Mrs Kemble and Mrs Bailey's class, and Mrs Donaghy's class with 42 donations each! Both classes have received a box of Celebrations chocolates each. 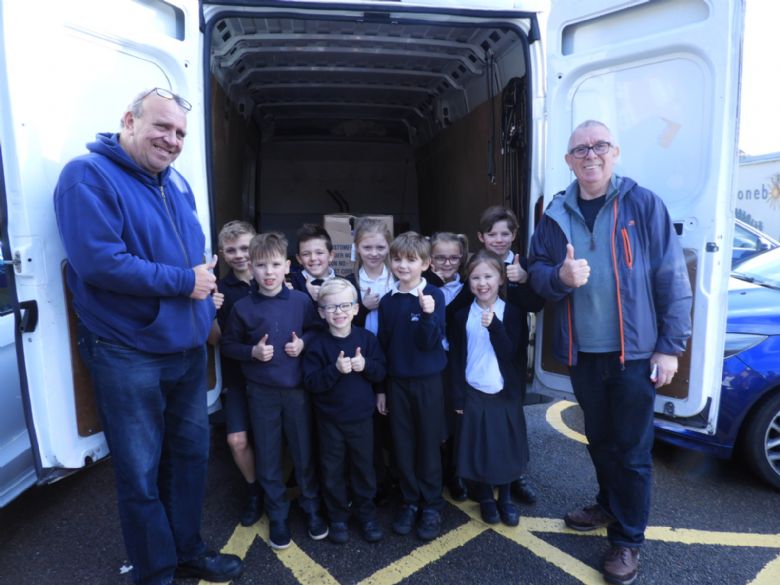