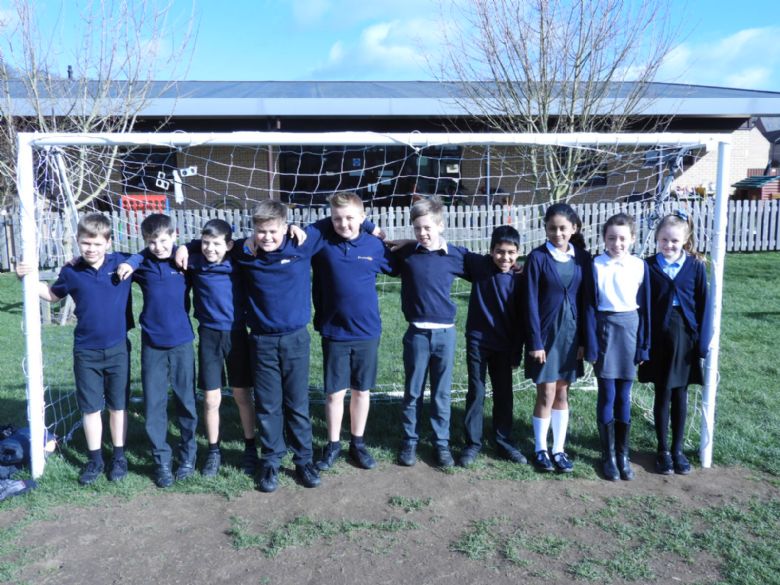 On Thursday 14th February Stonebow Primary were represented at a Year 5/6 Tag Rugby competition. We entered the competition with a few nerves and not the highest confidence level, however, we didn't let this stop us.

Our team went into the first game against Cobden with a brilliant attitude, they took their chances and took an early lead. Cobden were a player short and after a few minutes of the game William stepped up and showed an incredible amount of respect to both the game and the other team by agreeing to play for them to make the teams fair. Stonebow eventually went on to win the game six tries to one.

By the second game the team had gained confidence from the first and it showed in the way they were passing the ball and demonstrating great team work. There were also several obstacles that Stonebow faced during this game that again, as a team, they reacted in the perfect way by working together and working to the rules. Unfortunately we came up against a strong Hathern group that resulted in a loss four tries to two.

In our third and final game the children bounced back remarkably from the close defeat in the last game. Once again they played the great spirit, attitude and respect, with those who were on the side of the pitch shouting words of encouragement at every opportunity. We won our final game five tries to three.

With three very difficult games faced and two of those being heroic victories Stonebow finished in third position overall in the competition and can hold their heads high knowing they did so with respect, perseverance and enthusiasm!