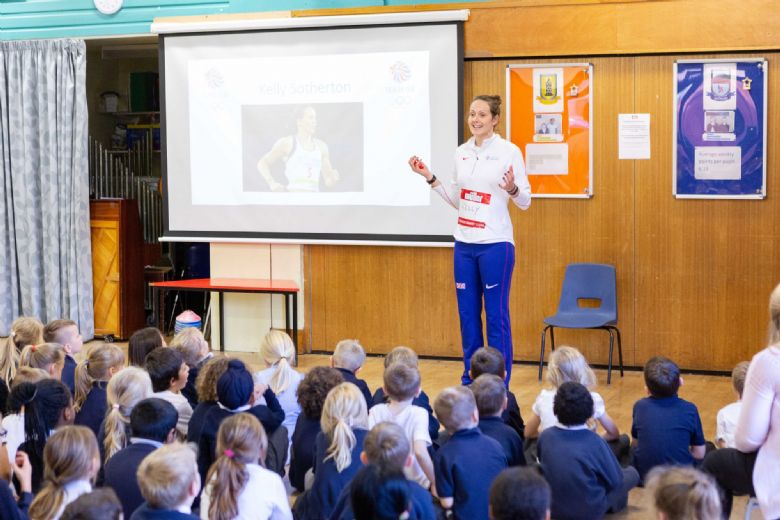 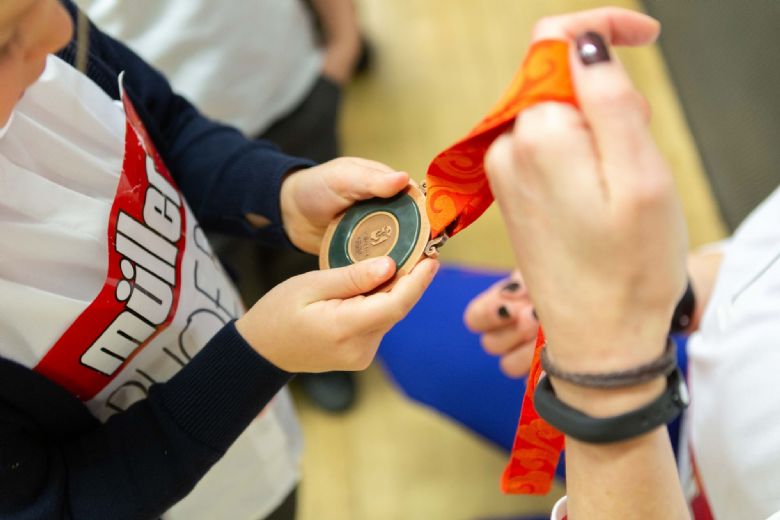 On Monday 12th November we received a visit from former Olympic Athlete Kelly Sotherton. The visit was part of the prize from winning a competition with Muller and British Athletics. Kelly came in for the afternoon and was working with two groups of children, KS1 and KS2. The groups were taking part in all different type of athletic games and tasks working with Kelly who also gave the children information on ways she used to train and how her daily routine used to be. The afternoon was finished off with an assembly for the rest of the school to meet Kelly and ask questions about her previous Olympic career where she showed the children her Olympic medals.