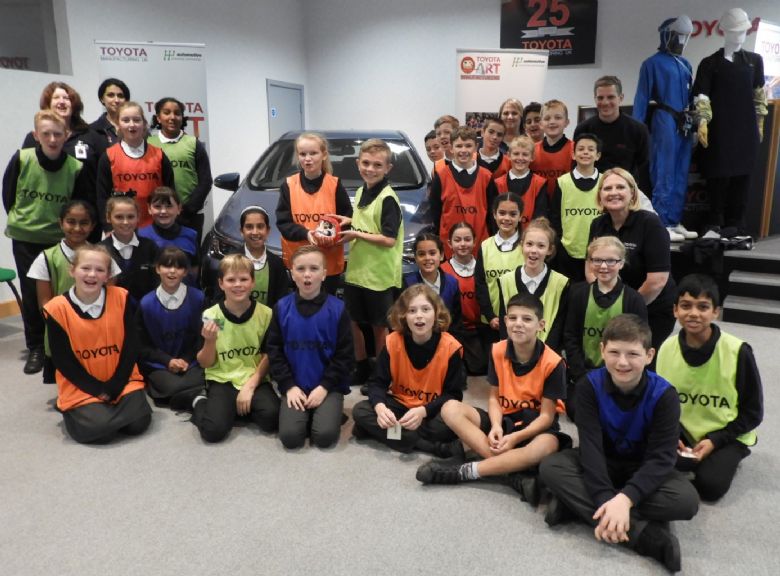 A group of Year 6 children had the privilege of visiting the Toyota vehicle manufacturing plant at Burnaston in Derbyshire earlier this term. We learnt about the manufacture of the cars, Toyota’s endeavours to care for the environment and took part in workshops.

After hearing the history of the ¾ mile long plant, we enjoyed a cartoon and learned how each car starts off as pieces of sheet metal on a large roll. Next came a workshop simulating a production line for Lego cars where teams were given a role such as assembly worker, forklift driver or quality control. Stonebow’s team skills proved to be excellent and our first attempt beat the usual Year 6 time. Thinking creatively, we had to problem solve how we could reduce production time whilst maintaining quality. Even when the time target was reduced, our concentration and communication skills meant we still beat the targets.

Following lunch, in the staff canteen, we saw at a distance the cars coming from the production line (1 every 8 seconds!) before returning for an afternoon of workshops focusing on organisation and time management. We tried on kimonos or happy coats, fitted grommets blind, hammered out dents, generated electricity, sorted nuts and bolts and completed many other tasks. Through these tasks we gained enough points to be rewarded with a prize each.

Finally, we talked about our goals and how we could achieve them. One way was by taking advantage of opportunities, which was shown by Daniel and Isabelle who received a W.H Smith voucher for sharing their ideas on the brief of environmental car design with Toyota. Lauren was awarded a certificate for being the most enthusiastic student of the day. She was honoured with completing the Daruma ceremony to show that we had met our objectives for the day. 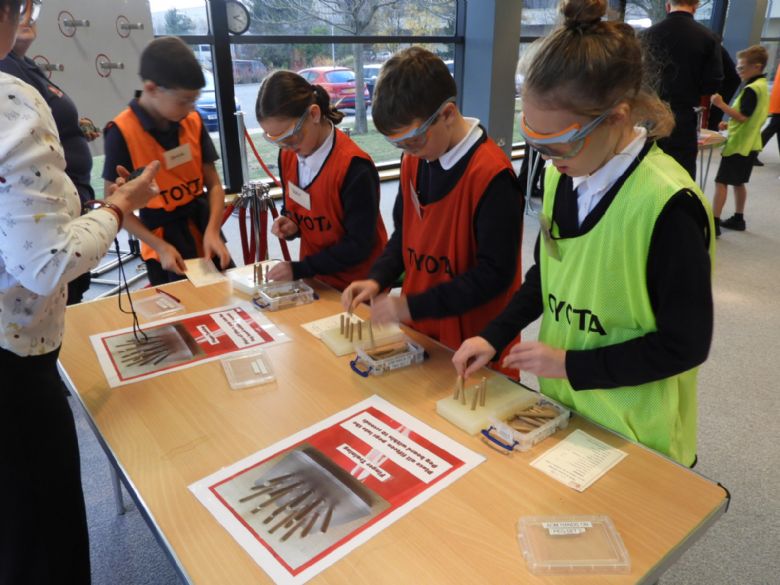 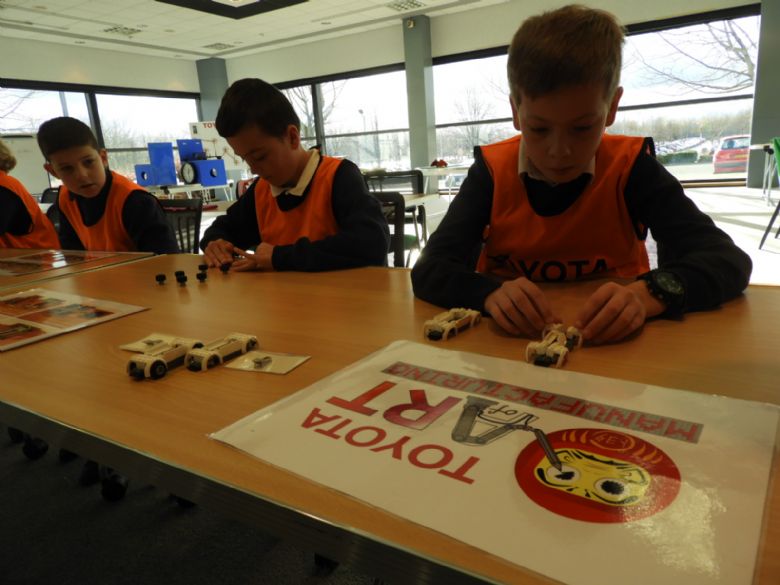 Thank you to Toyota for offering us this amazing opportunity and to the parent who put our name forward. We learned so much.