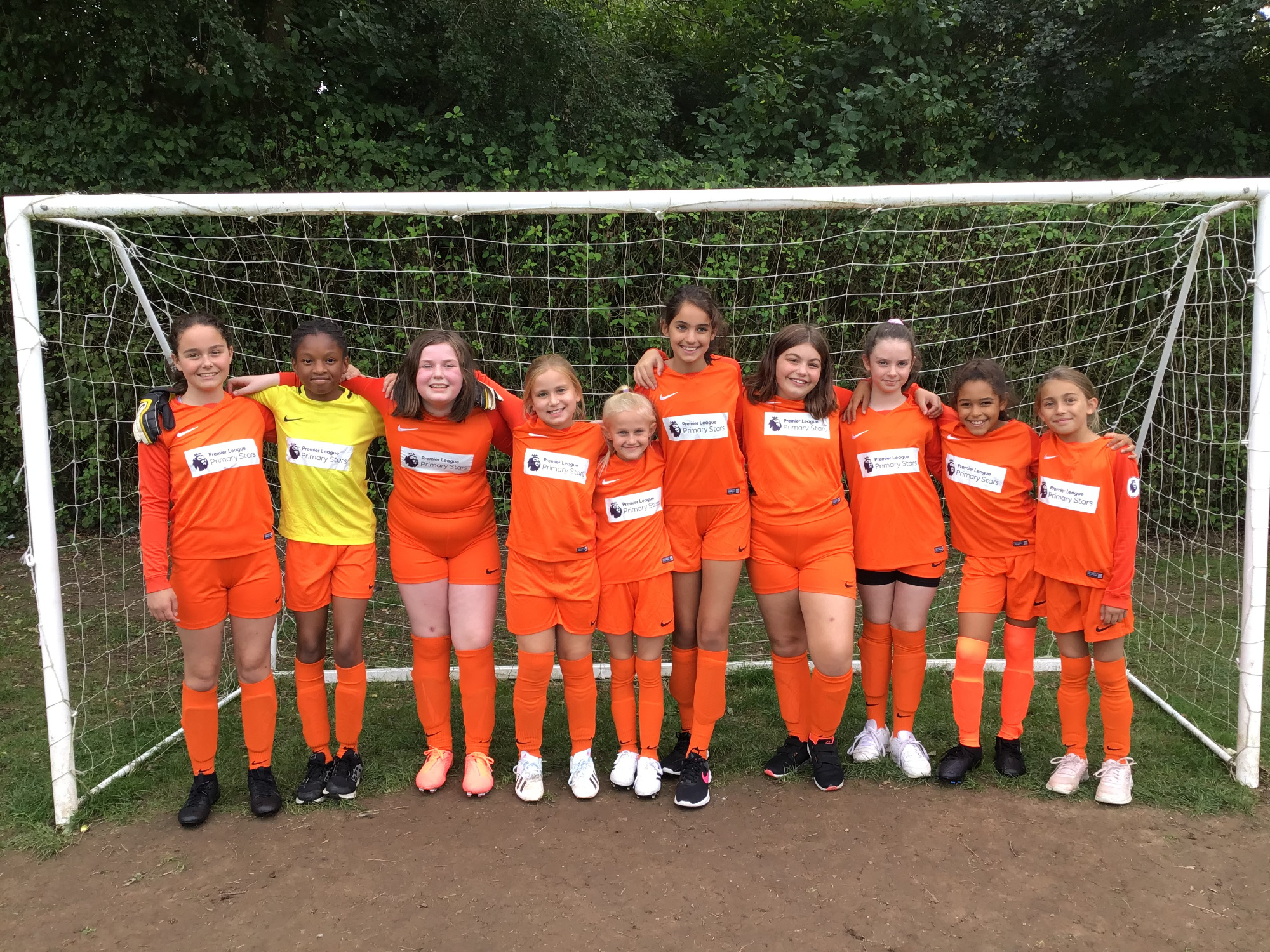 Competitive Football returned for the 22/23 academic year as Stonebow’s Girls Football team hosted a friendly against old time rivals Robert Bakewell. After establishing a girls  Football team for the first time this year it was fitting to play the school’s first game as a girl’s fixture.
Stonebow started very quickly and had a couple of opportunities in the first few minutes of the game. The constant pressure Stonebow was putting on the Robert Bakewell defence paid-off as Stonebow won a penalty shortly after from an opposition handball. Nevaeh stepped up to take the penalty and the ball was placed brilliantly in the top left corner of the goal.
Shortly after scoring, Robert Bakewell had a few opportunities themselves. Keziah showed why she wanted to be the Goalkeeper as she brilliant saved multiple shots from Robert Bakewell. Robert Bakewell finally broke through and excellently slotted the ball in the bottom right of the Stonebow goal tying up the game.
At this point the game was end to end with both team playing some brilliant attacking
Football. After collecting the ball just inside the Robert Bakewell half, Freya dribbled all the way up to the Bakewell goal and calmly slotted the ball through the keeper’s legs to restore Stonebow’s lead. Shortly after gaining the lead, Robert Bakewell once more answered back with yet again another great finish this time in the other corner. The teams went into half-time with the score 2-2.
The second half showed a more controlled pace of the game with both teams keeping hold of the ball for longer periods of time. After both teams struggling to create chances due to both teams defences being solid Freya once again gained control of the ball and went on one of her trademarked runs. Some brilliant control and skill put Freya in front of goal once more and again slotted the ball past the keeper.
With Robert Bakewell trailing once more they started to play more attackingly and started to carve out many chances. The defence stayed strong and blocked many shots and put their body’s on the line to stop Robert Bakewell from
scoring. Keziah once again saved a Bakewell shot with her foot with the ball falling to Summer. She dribbled into the Bakewell half and played a great through-ball to Nevaeh which she powered the ball into the roof of the net. Soon after the
full-time whistle blew.
Stonebow won the opening game of the 22/23 academic year 4-2 and every single girl played amazingly. Player of the match: Freya